The presence of Trichostrongylus tenuis, a parasitic threadworm which lives in the gut of red grouse, has been known for more than 100 years, often referred to as Strongylosis or the strongyle worm. Over the past 35 years, research by the GWCT has established that the strongyle worm can cause cyclical fluctuations in grouse numbers every 4-5 years. We have attempted to reduce the impact of worms on grouse and to prevent these cycles. 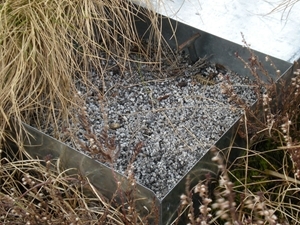 Medicated grit was developed in the 1980s by the Strathclyde Chemical Company. The original drug used in medicated grit was fenbendazole (part of the benzimidazole group of drugs), sold by Hoechst Animal Health under the trade name of Panacur. The benzimidazole group of drugs are ideal because they are not soluble in water, do not break down in sunlight and work well as split dose drugs. Split dose drugs work by allowing the animal to take in small amounts of the anthelmintic over a period of days, which then accumulates in the body.

The original medicated grit reduced worm burdens in grouse by an average of 44% and increased grouse productivity by 40%, largely through improving chick survival. Reducing parasites helps to improve body condition in grouse and reduces scent emission, making the birds less vulnerable to mammalian predators when breeding.

To facilitate the legal requirement of withdrawing medication prior to the birds being shot and eaten, the fats used had a “slip point” of 17°C, whereby the fat layer melted in summer and with it went the anthelmintic. By late-summer harvesting, the drug had gone. Because the fat and drug it contained were temperature sensitive, unpredictable spells of mild weather, even in early spring, could result in a rapid loss of medicated grit’s ability to kill worms when it was needed most.

Very little changed in medicated grit formulation until 2007, when, as a result of these shortfalls, a new product became available involving: 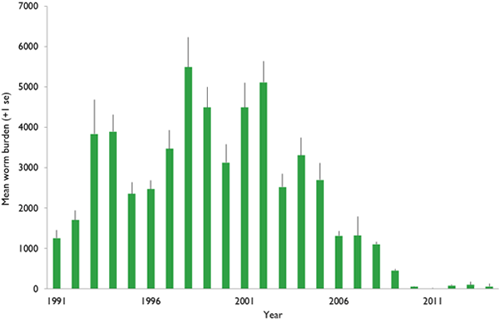 Figure 2: Average density of young and adult red grouse in July
from 25 sites across northern England, 1990-2014.

We have helped develop two methods of providing grouse with an anthelmintic (worming drug) to kill  worms: